A rose by any other name is still a rose, but what about a Unicorn Latte? 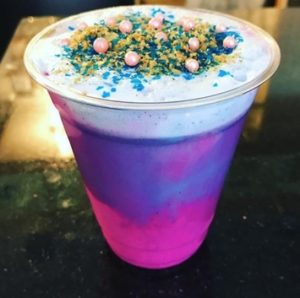 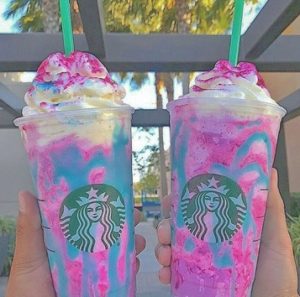 The complaint filed by the juice company states that they sell creative coffee and blended beverages, and their greatest invention is the Unicorn Latte, a “healthy, unique, colorful, blended beverage”. Recognizing that they had an extremely marketable drink and name, the owners of The End filed a trademark application in January 2017. This was before Starbucks began selling its Unicorn Frappuccino, and this trademark application will help the trademark infringement lawsuit. 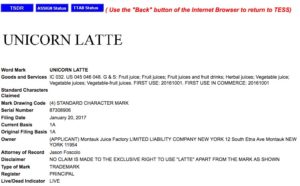 The End put a lot of time and effort into marketing its Unicorn Latte, and had gotten a lot of positive press and social media exposure, including an article in the Huffington Post. However, according to the complaint, after Starbucks launched its product people began to confuse the Unicorn Latte with the Unicorn Frappuccino and began to believe that The End was perhaps affiliated with Starbucks.

The complaint acknowledges that Starbucks is no longer selling the Unicorn Frappuccino. However, the complaint provides evidence of actual customer confusion, including photos of the Starbucks product under the #UnicornLatte hashtag used by The End. In addition, the complaint alleges that the Starbuck product was inferior, stating that “People Magazine proclaimed that Katy Perry, a world-renowned recording artist and marketing icon, ‘Spits Out Starbucks’ Unicorn Frappuccino After One Sip.’”

The complaint also alleges that Starbucks threatened to oppose the trademark application for UNICORN LATTE.  Before a trademark can be finally registered on the Principal Register, the mark must be published for opposition, giving third parties time to oppose the mark.  The UNICORN LATTE mark has been approved for publication, but has not yet been published. Time will tell whether Starbucks will oppose this mark, although there does not appear to be any valid grounds for any such opposition.

Conclusion:  TRADEMARK YOUR BRAND NAME! It is apparent that UNICORN LATTE has been a huge success for The End, bringing good press and social media coverage to the juice company. If The End had not applied for a trademark *before* Starbucks began selling its Unicorn Frappuccino, The End would have a much weaker case.

As it stands now, The End has a good chance of preventing Starbucks from making the Unicorn Frappuccino a permanent product, and it even has a chance of recovering damages from Starbucks.

This blog is made available by Adams Law Office for educational purposes only to convey general information and a general understanding of the law, not to provide specific legal advice. By using this blog you acknowledge there is no attorney client relationship between you and Adams Law Office. This blog should not be used as a substitute for competent legal advice from a licensed professional attorney applied to your circumstances.