A previous article discussed how Getty Images, Inc. and other image licensing companies routinely send out demand letters claiming copyright infringement based on a one-time or accidental use of an image in a blog or other online forum. 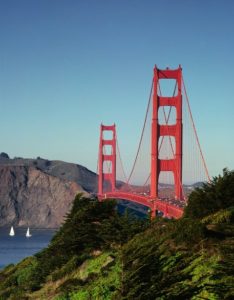 If you are the recipient of such a letter, the first thing to check is whether the image licensing company actually has the right to make a claim of copyright infringement.  Recently, a well-known photographer, Carol Highsmith, received a letter from Getty Images addressed to her nonprofit organization accusing her of copyright infringement and demanding payment for displaying one of her own photographs on her own website!

Ms. Highsmith has generously donated over over 30,000 of her photographs to the public by providing the United States Library of Congress with copies of her photographs for use by the public.  Despite the fact that these images are freely available to the public, Getty Images, License Compliance Services, Inc., and Piscount, Inc. (hereafter collectively “Getty”) had over 18,000 of Ms. Highsmith’s images on its website, and was demanding that people to pay for the right to use these images — images that Ms. Highsmith had already made freely available to the public.

In December 2015, Getty sent a demand letter to Ms. Highsmith’s nonprofit organization This is America! Foundation, claiming copyright infringement.  This prompted Ms. Highsmith to file a lawsuit against Getty asking for over $1 million in damages under the Digital Millennium Copyright Act, specifically 17 U.S.C. §1202. Getty has already had a final judgement entered against it for violation of 17 U.S.C. §1202 within the past three years, therefore Ms. Highsmith notes that the court may treble the damage award.  The complaint explains that Getty had more than 18,000 of Ms. Highsmith’s photographs on its website — purporting to require the public to pay to use Ms. Highsmith’s photographs.