Apple, Inc. and What a Company can do with $231.5 Billion Cash-on-Hand

People often ask about the extent of patent and trademark applications needed to protect the intellectual property of a business.  As shown by Apple, the answer is: as much as possible.

Apple, Inc. has $231.5 billion in cash-on-hand. When a company has this kind of cash it can afford to pursue patent applications that others might not pursue due to the expense involved. 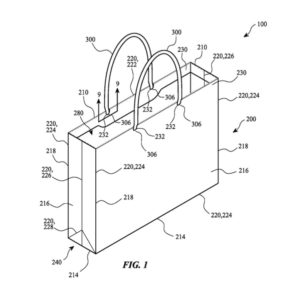 “A retail paper bag, comprising: a bag formed of white paper with at least 60% post-consumer content.”

This patent application was filed a few months ago, and the PTO has not taken any significant action on this application.

Apple is also pursuing another patent application by the same inventor, for a “Display Apparatus”. The first claim in this patent application claims an  “upper branch” for hanging the display apparatus, and adhesive on two locations of the “lower branch”. See figures below. 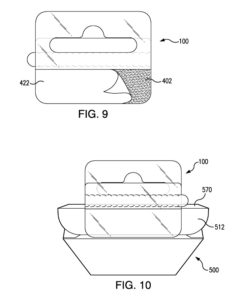 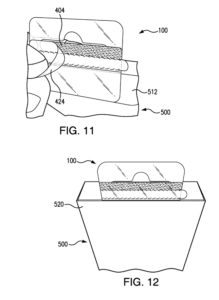 Apple is spending a lot of time and money pursuing utility patents on these inventions. One question is — why  not file a design patent for each these items? A design patent is far less expensive, and seems more appropriate for the simple inventions claimed by these patent applications. 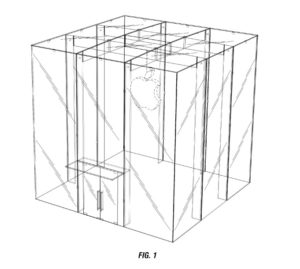 Apple has also obtained a USA design patent on another version of its store layout, shown here. 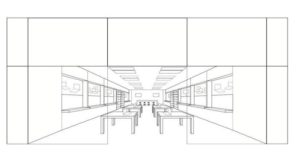 Apple clearly believes that the protections afforded by design patents, utility patents, and trademarks are important to its business model. Apple is willing to apply for many patents and trademarks in its efforts to protect its intellectual property.

* A request for continued examination is a procedure for continuing prosecution of a patent application by paying additional fees.